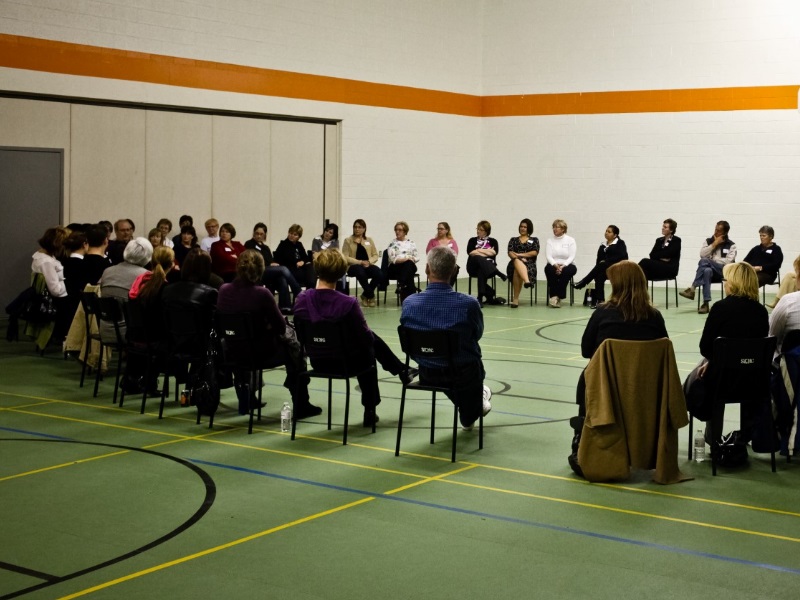 A grassroots anti-poverty program that started eight years ago in Sarnia-Lambton is now spreading across the country, says Gayle Montgomery, the woman at the helm of the groundbreaking Circles initiative.

“Things are fabulous,” said Montgomery, who will travel as far as Mission, B.C., this fall, to help out the program designed to lift individuals and families permanently out of poverty.

“We now have seven active Circles communities, with more people reaching out for information.”

Montgomery, who launched Lambton Circles in 2009 – a first in Canada for the U.S.-based initiative – is now director of Circles Canada, after the County of Lambton officially obtained full rights of the national initiative, recently.

“We are now a separate entity of our own, so that has led to more excitement across the province,” she said, pointing to a new promotional video, released this summer, that’s given them more exposure.

To date, 140 families have participated in Lambton Circles initiatives, and of those, 51 families have reached their goal of self-sufficiency.

“That’s very significant,” said Montgomery. “They are essentially breaking that cycle of poverty.”

Circles matches low-income people (known as ‘leaders’) with community members, or ‘allies’ to form effective and meaningful partnerships across socioeconomic class lines, and help support them out of poverty.

“Some people stay in the initiative for five years; some are here for a year, depending on the barriers they experience and how quickly they’re able to move forward with the supports from the community and allies,” she said.

Lambton has three Circles groups, including one at Lambton College, specifically for students completing post-secondary education, and plans are in the works for a fourth initiative in rural Lambton.

Sudbury and Simcoe County recently launched their own Circles initiatives, along with London, St. Thomas, Muskoka and Wellington County.

“I am just thrilled that it has become entrenched, and sustainable, in our community,” she said, noting that Kim Godin is the new Circles supervisor for Lambton, while Montgomery continues to focus on expanding the Circles Canada campaign.

She said they’re always in need of meal sponsorship, volunteers and allies.

“We have so much more in common than our differences. When we bring diverse groups together, there’s a power and a magic in that combination – and that just makes everyone more joyful, hopeful and successful in all kinds of ways.”