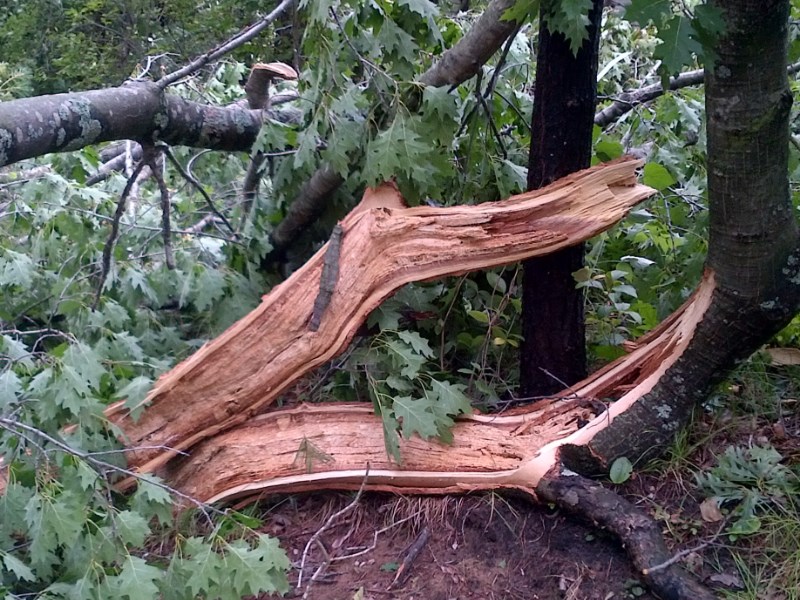 When Environment Canada issued a tornado warning for the eastern area of Lambton County shortly before 7 p.m. Sunday, automated phone calls, text messages and e-mails went out to nearly 51,900 contacts in the community.

That included individuals who have signed up for MyCNN alerts, as well as phone numbers in a data base purchased for the system when it was being set up in Sarnia-Lambton.

“In general, we were quite pleased with the way the information went out,” said Dean Edwardson, general manager of Community Awareness Emergency Response (CAER.)

“Those contacts were made in about 15 minutes,” he said.

“So, the system is very efficient in terms of contacting people.”

CAER, a group of local industries and government agencies, put the MyCNN system in place within the last year after concern was expressed in the community about information provided to the public during past incidents in Chemical Valley.

The software behind MyCNN is already used for public alerts in cities like Boston and New York.

Since officially launching the system in May, CAER and its members have been encouraging the public to register for alerts by going online to the CAER website, www.caer.ca, and following the MyCNN link.

The system sends out alerts for tornado warnings, drinking water emergency notifications, as well as shelter-in-place and evacuations. Those who register online can also sign up for other notifications, such as flood notices and municipal street closings.

In the days following Sunday’s tornado alert, another 600 people signed up, taking the total to approximately 2,500, Edwardson said.

“Clearly the use of the system, and its capabilities, has kind of tweaked people to join.”

That’s something CAER continues to encourage, he said.

“Because, there are limitations to the white pages numbers we have. We’ve had reports that some people got calls and others did not.”

But, the phone number data base did allow the system to contact a significant number of local residents with the tornado warning, Edwardson said.

“When you think about 52,000 contacts, that represents almost half the population in Lambton County.”

Edwardson said it turned out there were also residents in the phone number data base in neighbouring communities of Chatham-Kent and Huron County.

“We know there were people contacted from outside of Lambton County, as well.”

But, he added, it’s possible that some folks living outside the county signed up for the alerts.

“Like everything else, not everything was perfect,” Edwardson added about the system’s first large event.

“So, we will be looking at the process, things that might have been done better, how we improve.”

That type of review is a normal part of the way CAER operates, he added.

“Overall, (with) the first test of the system, we’re quite pleased with the way things worked out.”